THE TRAFFICKED: HOW SEX TRAFFICKING WORKS IN CANDA 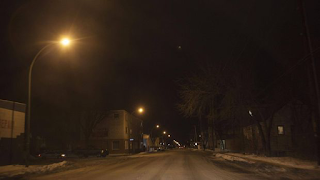 Regina’s “Stroll” – the stretch of 5th Avenue where Beatrice Wallace-Littlechief was once trafficked, and now works as a co-ordinator with an AIDS program.
PHOTO BY MAY TRUONG/THE GLOBE AND MAIL

This story is part of an ongoing Globe and Mail investigation into the hundreds of missing and murdered indigenous women in Canada.

To most Canadians, human trafficking evokes images of women smuggled from far-off lands or over the border.

In reality, it needn't involve physically moving anyone anywhere – the legal definition is recruiting, harbouring, transporting or controlling the movement of a person for the purpose of exploitation. Most of it is sex trafficking, and it overwhelmingly takes place within Canada's borders. Of the 330 cases the RCMP has identified, 311 – 94 per cent – are domestic.

HOW THE CRIME PAYS

The attraction: Sex trafficking may be organized crime's fastest-growing business and one of the largest criminal enterprises in the world, according to the U.S. Federal Bureau of Investigation. The International Labour Organization has pegged annual profits from forced sexual exploitation at $99-billion (U.S.)
Although a low-risk, high-profit enterprise to criminals, the ILO and many others consider it a form of modern-day slavery.

The victims: Although primarily female, targets also include trans people and youth of any race or gender, often with histories of being marginalized, abused or isolated.

The market: In the past, some cities have had "kiddie strolls," but the marketing of girls has mostly moved online, to classified-advertising websites such as the notorious Backpage.com.

The ads are for escort services but use code words that suggest a girl is underage, such as "fresh," "innocent" or "new to scene." Some simply say "young." Also, girls can be listed by ethnicity ("native") and "available 24/7" is one tipoff they're being trafficked.

The payoff: In 2013, the RCMP reported that one sex-trafficking victim can generate between $168,000 and $336,000 a year – for a pimp who may well run an entire "stable." Last year, Toronto police cited the example of one young woman who had brought in $90,000 in three months.
The down side: "Trafficking in persons" has a mandatory minimum sentence of four to six years (depending on the victim's age) and a maximum penalty of life imprisonment. But even a decade after the law came into force, convictions remain rare. For example, a B.C. man who lured at-risk teenagers as young as 14 was recently sentenced to 23 years. But of the 30 counts on which he was convicted, only one was for human trafficking; the rest were for related offences.

Not for the squeamish

This is an undercover report by a journalist who posed as a prostitute to expose the trafficking Mafia in Nigeria. She was lucky to get out alive. A jaw-dropping story.

http://www.zammagazine.com/chronicle-5/51-the-next-level
Posted by THE WALK at 7:33 PM No comments:

YES in my backyard!

Last week, we performed a dramatic reading of selected scenes from The Walk play for the National Forum on Human Trafficking, held in Ottawa. The Walk highlights trafficking as a global phenomenon. And the posts on this blog tend to point to the horrors going on "over there." But this article from today's Ottawa Citizen exposes a harsh reality in our own community.

http://www.ottawacitizen.com/news/Human+trafficking+Ottawa+least+women+used+slaves+research+suggests/9465177/story.html
Posted by THE WALK at 7:16 PM No comments:

What history teaches us about ending slavery

http://www.yesmagazine.org/issues/the-human-cost-of-stuff/adam-hochschild-we-can-end-slavery-again
Posted by THE WALK at 10:46 PM No comments:

Apparently the women are sold for "parties" on American ships. via WikiCommons.

Thanks to Michael Davidson for this link.
Posted by THE WALK at 7:05 PM No comments:

"human trafficking is real...it is happening...we shouldn’t be in denial”

Thanks to Michael Davidson for this link!

This is an article by a remarkable woman Rabbi I know and admire:

http://www.huffingtonpost.com/rabbi-robyn-fryer-bodzin/uniting-against-sex-trafficking_b_3164803.html
Posted by THE WALK at 7:05 PM No comments:

THE WALK
Hi. I'm Catherine Cunningham-Huston, and Welcome to my website! It's called THE WALK in recognition of the difficult path that countless numbers of trafficked women and children around the world have had to endure. THE WALK is also the title of my play about global sex trafficking. It has been produced twice by Moon Dog Theatre (www.moondogtheatre.com) in association with PACT-Ottawa (Persons Against the Crime of Trafficking in humans). The first production was at the Ottawa Fringe Festival in June 2011, where it won "Best in Venue" award. It was remounted for a run of six shows at the Ottawa School of Speech and Drama in February 2012, and played to sold-out audiences THE WALK was also produced in audio CD, in both English and French, for Public Safety Canada's TruckSTOP Campaign. For more information, please email me: moondogtheatre@rogers.com. Please send me your comment on stories I post on this blog, and any information you run across that might help end trafficking.